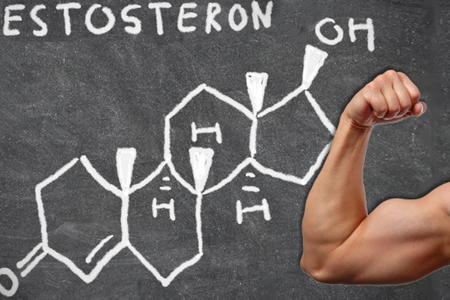 Home / Hormones / Dihydrotestosterone in men: the norm and deviations

Analysis of the level, the norms and deviations of dihydrotestosterone in the male body

Dihydrotestosterone is an active form of androgen proteohormone testosterone, which affects the functioning of the body men. About DHT more will cover in this article 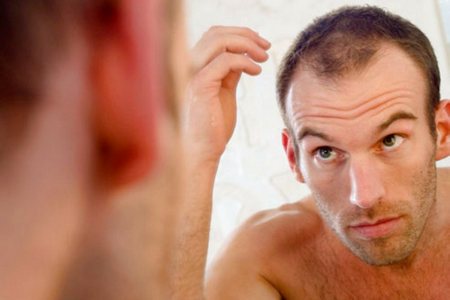 The amount of 5-alpha-dihydrotestosterone in the blood is only 10% of the amount of testosterone. The remainder is produced by prostate tissue, skin, liver, kidneys, muscles, seminal vesicles.

In women DHT by the enzyme of the adrenal glands (aromatase) is converted to the female hormone – estrogen.

The hormone is present in the body both men and women. Men, there is a wave-like increase and decrease the level of dihydrotestosterone in their lifetime.

In the first week after birth the level of dihydrotestosterone is rapidly declining for the second month of a child's life content is increased to 120-850 PG/ml, and then decreases again to < 30 PG/ml. In adolescence the level again increases and then decreases. In men, the peak concentration observed in 25 years.

According to studies, the rate of dihydrotestosterone starts to decrease after 30 years at 2-3% per year. Marked daily fluctuations. These fluctuations are associated with the function of the hormone and the ratio of DHT/testosterone.

Forming stronger bonds with the androgen receptors of nerve cells, hormone-stimulates the nervous and neuromuscular system.

By reducing levels of dihydrotestosterone the male sex does not bringfun for lack of libido. Sex affects the functioning of the genitals. Decrease in sexual activity can cause abnormalities – atrophy. When DHT is lowered with age, it affects not only the sex but also triggers a chain of deviations in the urinary, nervous and cardiovascular systems.

In some disorders of testicular function testosterone converts to DHT. The level of hormone increases dramatically. If the DHT is increased to the norms of the age of puberty, its effect effect on anthropometric characteristics:

If the hormone increased after puberty, symptoms are less.

If you increase the level of 5-alpha reductase, it helps benign prostatic hyperplasia. Syndrome Morris is accompanied by abnormalities – decrease production of sperm, the external similarity of a man with a woman.

Prerequisites for the purpose of analysis

Analysis is prescribed for:

Only when the totality of symptoms and laboratory tests a doctor can make a definitive diagnosis and to detect abnormalities.

To take the test of venous blood is recommended on an empty stomach. Before you can donate blood, should be excluded from the diet of fatty and sugary foods, coffee, fizzy drinks, juices. On the day of analysis it is necessary to exclude all factors of stress. At the level of dihydrotestosterone in the blood can have an effect of exercise, massage, x-ray, ultrasound.

Transcript analysis should be performed by a doctor, as the norm of the content of dihydrotestosterone depends on many factors and may vary. The result of the analysis can only be obtained on the 5th day after blood donation. Sometimes the results can come on the 10th day. When to take the test, advise the doctor, after examining the work schedule and analyze all the factors to identify deviations.

When is the best time to get tested for women, too, will be determined by the doctor. Usually women give blood before the menstrual cycle.

The drugs "Finasteride" and "Dutasteride" is aimed at blocking the activity of 5-alpha reductase and removing the symptoms of disease.

There are medications based on plant raw materials. For example, the nettle has a good effect on lowering the activity of 5-alpha reductase. Nettle is used to treat prostatitis, stops hair loss, used in the treatment of acne. Nettle affects the binding of estrogen to prostate cells. The nettle does not reduce the level of testosterone has no effect on muscle mass.

On the basis of medicinal plants was created by the Chinese patch, which is aimed at dealing with BPH, prostatitis and impotence.

Which drug to use is determined by the physician. The self is not only contraindicated, but prohibited, as it can lead to serious deviations.