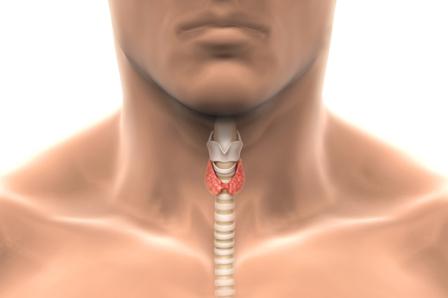 The thyroid gland in men: symptoms and treatment of the disease

Home / Endocrinology / Symptoms of diabetes in men (the first signs)

Diabetes is associated with many myths and assumptions. What is this disease? Why is it so dangerous and what are the signs in men may indicate the development of the disease? What are its causes, possible prevention and it is important diet, let's look in more detail.

What is the disease

Diabetes mellitus is a group of endocrine pathologies that develop as a result of a complete or partial deficiency of insulin in the blood. Often is hereditary. The disease is chronic and causes metabolic disorders:

The cause of the signs and symptoms of diabetes in men varied. Thus was created the classification of disease based on causes of diabetes. It allows you to more accurately describe the disease, to establish the correct diagnosis and appoint adequate treatment. The treatment requires a special diet, eliminating alcohol, and normalizes metabolic processes in the organism and also special medicines. Besides, it is very important to prevent the development of complications. The classification includes:

The nature of the flow, signs and symptoms distinguish between mild, moderate and severe. It is not necessary to give up, if someone from the family suffers with diabetes, this does not mean that the man will definitely discover the signs and symptoms of the disease. An important point in preventing the occurrence of diabetes is the prevention, diet and early treatment of the disease with the first signs of diabetes. It is particularly important to exclude provoking factors or to reduce their impact. These include:

But whatever the predisposing factors (stress, harm or alcohol), a major role in the development of the disease is played by genetic reasons. Therefore, if the mother or the father is the sugardiabetes, the person should be conducted periodically by laboratory analysis of blood on sugar, and when the first signs or symptoms of the disease to seek the assistance of an endocrinologist to determine the cause of poor health. Only a doctor can diagnose and prescribe treatment. Even if the alarm is false, prophylaxis will not be superfluous.

If we talk about diabetes of the second type, the disease develops without violent symptoms, is the most dangerous. The first type usually manifests in early childhood and, on the contrary, has bright signs.

Signs of disease bright. Symptoms typical of all types of diseases, which are caused by increased levels of glucose in the blood. A distinctive feature is a strong thirst while there is dryness of the mouth. Are observed more frequent urination at night and excessive sweating during sleep. In young men decreases potency.

Related article: Schizophrenia in men: what are the symptoms and signs

The mood is unstable, tantrums are replaced by apathy for no apparent reason. Despite frequent bouts of brutal appetite, and excessive intake of food, the patient can lose up to 10-15 pounds in a month. The first signs of the disorder. Unfortunately, signs of diabetes in men are often ignored until you develop diabetic ketoacidosis and as a result, hyperglycemic coma.

Coma is manifested by loss of consciousness, dryness of the skin, frequent and deep breathing, and a pronounced odor of acetone breath. Vomiting may occur. The appearance of these signs and symptoms indicates that a person requires emergency care. To avoid the coma will help prevention: a special diet and timely medication that is required to eliminate its causes. Who can provoke alcohol and impaired diet, and lack of treatment.

Diabetes type 2 diabetes is also called insulin. Insulin is produced by cells of the pancreas is not timely, but late, but the effect of no insulin, because the cells don't recognize him. Signs and symptoms of type II diabetes is almost not noticeable, and often the disease is diagnosed only during routine examination, on the basis of a blood test.

Most often this form of diabetes occurs in men older than 40 years. At risk are people suffering from obesity, consume alcohol, with a history of hypertension or other pathology of metabolic processes. The disease can also be identified even in the presence of complications such as vision loss, trophiculcers, low potency, kidney disease, strokes and others. The main symptoms of diabetes in men with this type of pathology is weak, but exhibit the following signs and symptoms:

How to avoid the development of the disease


Prevention of diabetes, no matter what, real, and in some cases mandatory. There are special tests that can detect the possibility of the occurrence of symptoms and signs of type 1 diabetes have more healthy people. And if the risks are high from the men or the boy's parents need to make efforts to delay the development of the disease. This will require timely deal with possible viral diseases, diet and prevention of stress. A particularly important such action for men whose paternal or maternal line relatives are suffering from this pathology. Young men should not drink alcohol or have any other bad habits.

For the second type of pathology is important to fight obesity. It is necessary to pay special attention to diet and revise it. Diet needs to be balanced and to exclude yourself from foods that trigger obesity. The patient should not drink alcohol. Be superfluous and exercise. Such prevention will benefit, and the male potency say a special thank you.

Diabetes in men is a tricky disease, and each patient's symptoms differently. So diagnosis and treatment should only be performed by an endocrinologist. Do not self-medicate, do not drink alcohol, follow the diet and be healthy.